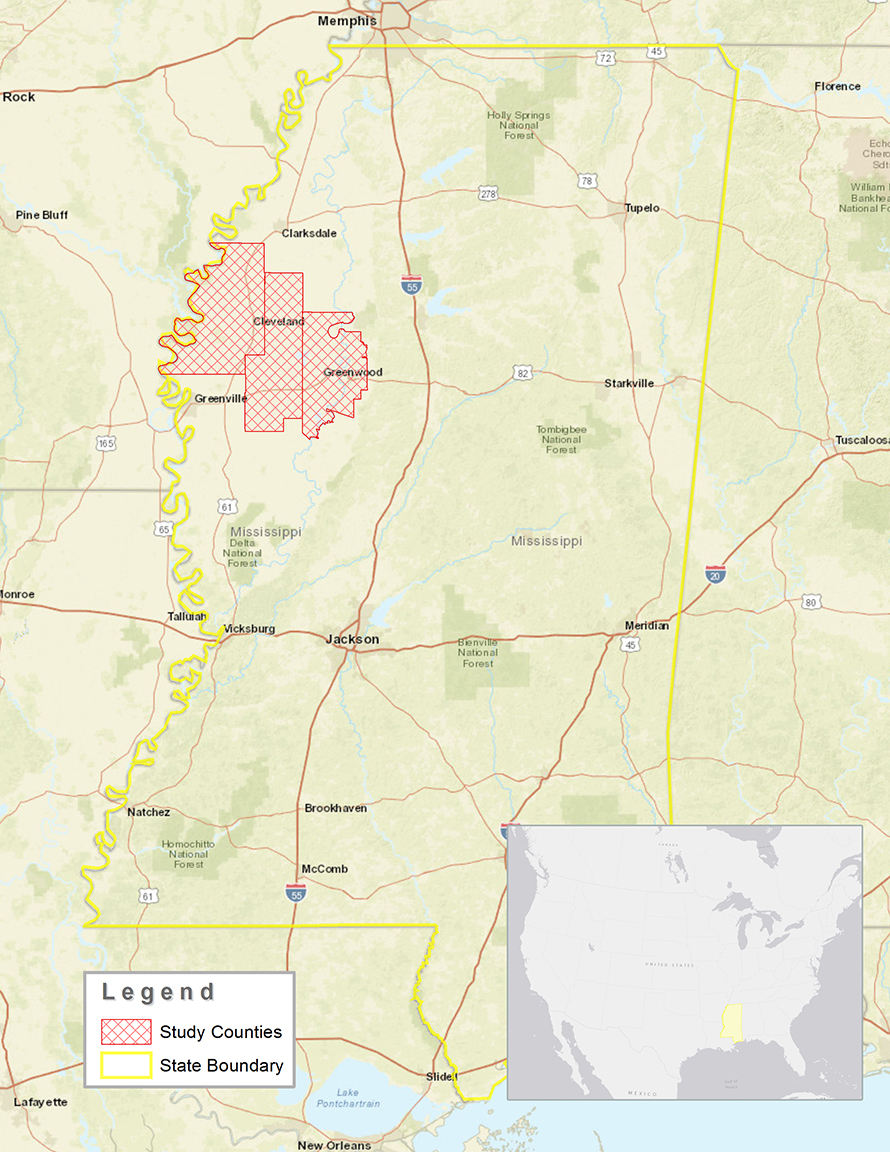 Figure 1. Area of study shown in relation to the state of Mississippi, and the United States of America. 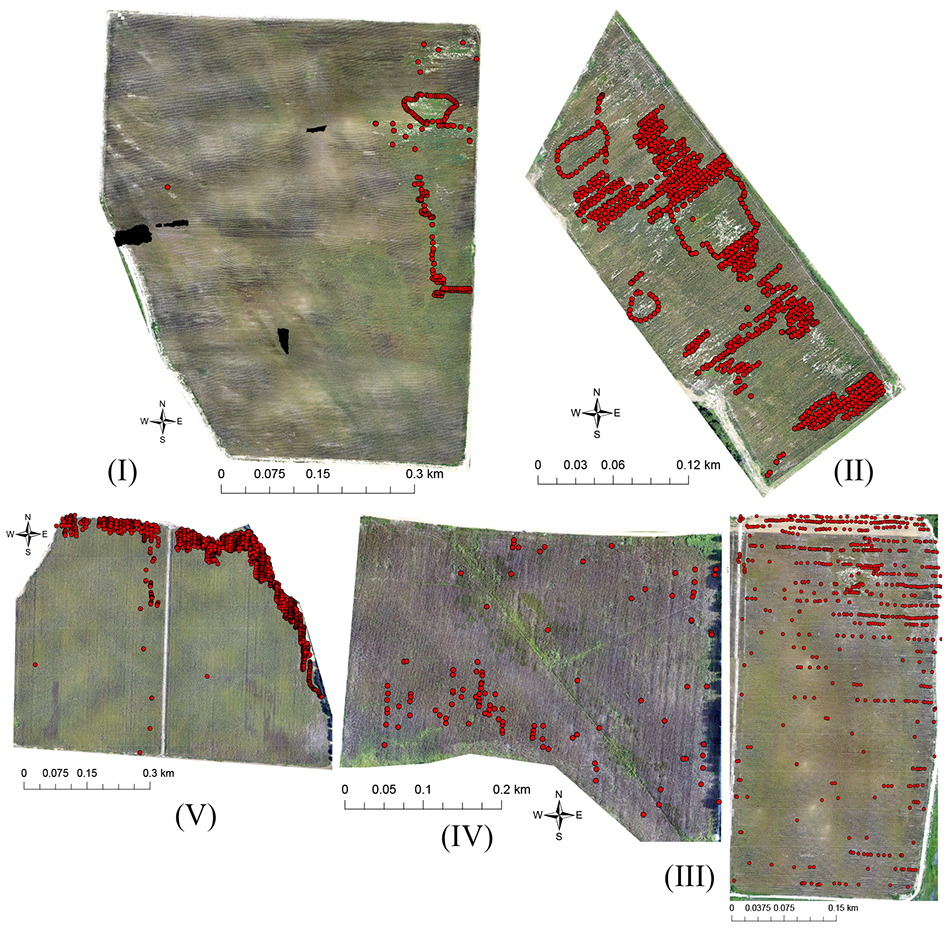 Figure 2. Aerial images of production corn fields collected with unmanned aerial systems on 29 June and 5 August 2016, shown with locations of Global Positioning System Coordinates collected on 30 June and 9 August 2016, for ground-truth assessment (red dots) of damage from wild pigs in Mississippi, USA. Letters correspond to fields as referenced in Tables 1 and 2. 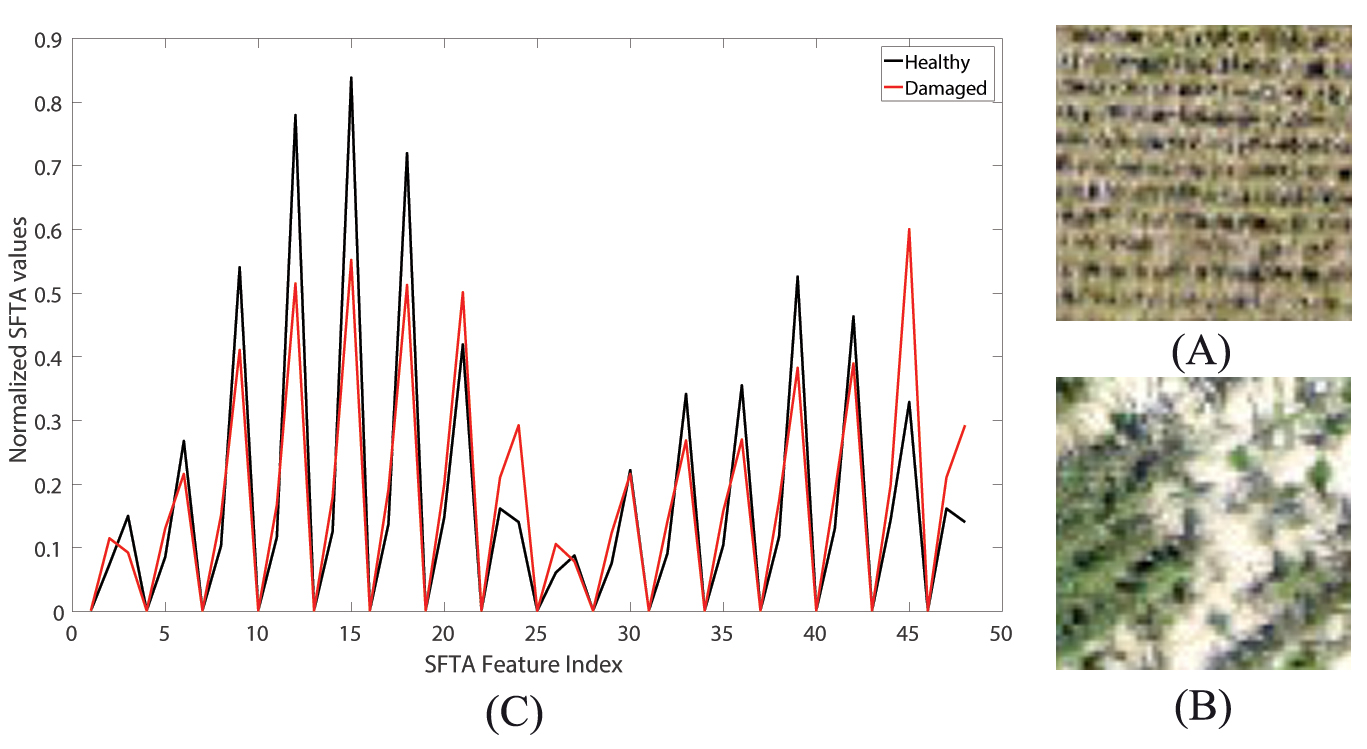 Figure 3. Sub images taken from unmanned aerial systems imagery of production corn fields showing differences in texture of healthy, uniform crop (A) and crop damaged by wild pigs (B) in Mississippi, USA, during 2016. Segmentation - based fractal analysis was used to create feature vectors for both classes (C) and differentiate between the 2 classes within the imagery.
Journal Article: Quantifying Damage From Wild Pigs With Small Unmanned Aerial Systems

ABSTRACT
Wild pig (Sus scrofa) population expansion and associated damage to crops, wildlife, and the environment is a growing concern in the United States. The destructive rooting behavior of wild pigs indicates where they have foraged and their general presence on the landscape. We used aerial imagery with a small unmanned aerial system to assess damage of corn (Zea mays) fields by wild pigs in the Mississippi Alluvial Valley of Mississippi, USA, during the 2016 growing season. Images were automatically classified using segmentation-based fractal texture analysis and support vector machines. We assessed the accuracy of automated classification with 5,400 Global Positioning System ground reference points collected in the fields.Classification accuracies for identification of damaged and nondamaged areas were between 65% and 78%. In general, automated classification underestimated the area of damage present within fields. Kappa values ranged from 0.26 to 0.51, on a scale of 0.0-1.0. Small unmanned aerial systems overcome limitation of existing methods because they can survey an entire field rapidly and without significant field labor. 2018 The Wildlife Society. 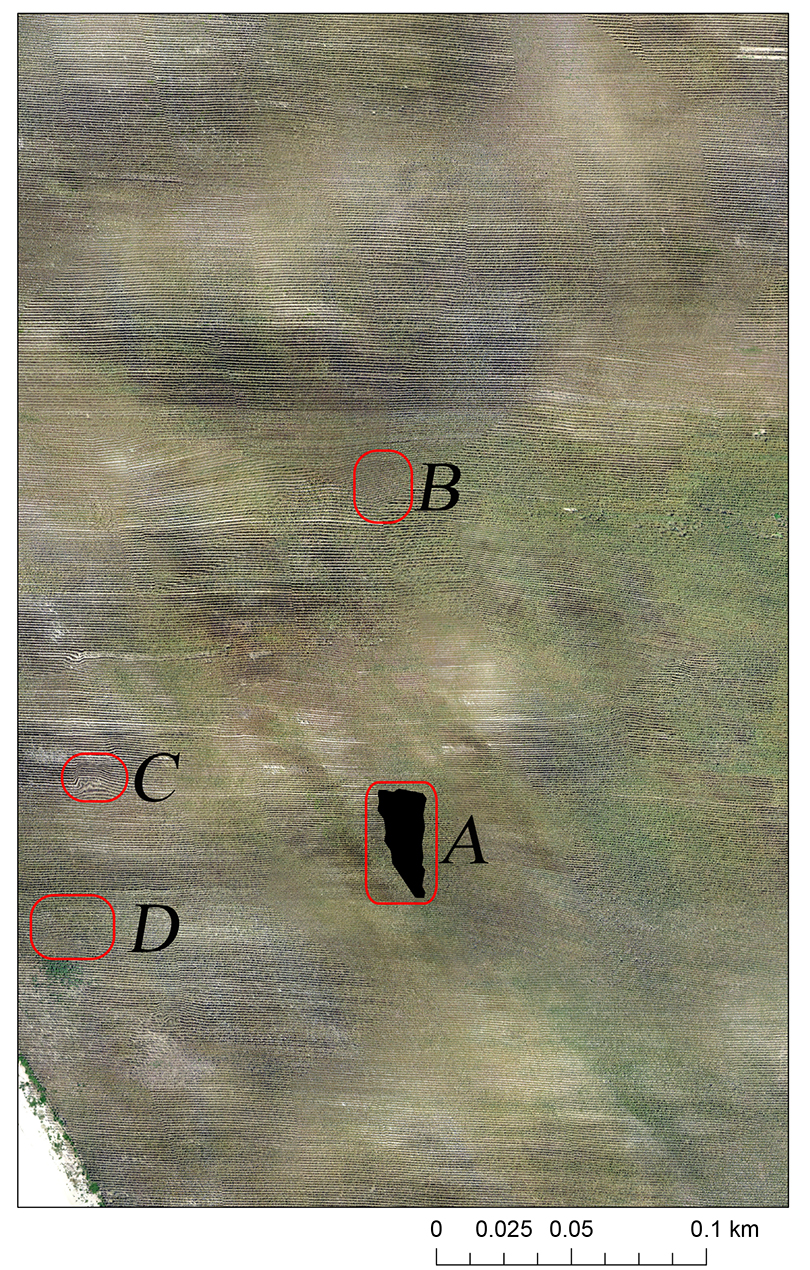