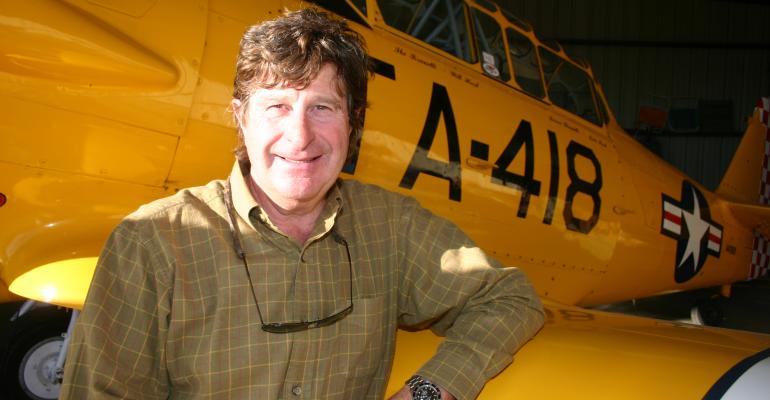 Ike Brunetti, veteran aerial applicator from Shelby, Ms., is working with Mississippi State University researchers to advance drone technologies.
The frequent roar and rush of streaking yellow airplanes during the mid-south growing season is often taken for granted. For those on the ground, taking to the skies to deliver vital pesticides and nutrients may look effortless. Aerial applicators, though, know the hard truth.

"Up there, we're multitasking like you can't believe," says Ike Brunetti, a veteran aerial applicator in Shelby, Miss. "Don't misunderstand, I really enjoy what I do. But handling the aircraft, worrying about our payload and the associated stress that comes with each application means we are constantly under the gun."

Now, the aerial application industry must add another factor to their ever-changing environment: drones.

For example, one pressing matter for aerial applicators is the Federal Aviation Administration says by 2020 general aviation pilots must have the ability to monitor other aircraft activities. Is there any way to get such information and yet avoid installing major new equipment in the cockpit?

MSU researchers are looking to provide an answer.

MSU has certainly established itself as a national leader in unmanned aircraft systems technology (www.msuas.org) and was only bolstered when the school was designated as the FAA's Center for Excellence for UAS.

"What that means is we lead a nationwide coalition of universities to conduct specific unmanned aircraft research projects requested by the FAA," says Madison Dixon, graduate research assistant at the Raspet Flight Research Laboratory. "We provide them with research results and feedback feedback to aid in developing guidelines for UAS."

That leadership role was further cemented recently when the Department of Homeland Security designated MSU as "the official Homeland Security Common UAS Test Site," says Dixon. "So, we're working with DHS and the organizations under that umbrella such as Federal Emergency Management Agency, the Coast Guard, the Secret Service and several others. When they do UAS systems research, they now do it in Mississippi."

In those efforts, MSU takes the lead but partners with Camp Shelby outside Hattiesburg, Miss., Stennis Space Center on the coast and Signing River Island near Pascagoula.

The Geosystems Research Institute studies various forms of applied geosystems research on "precision agriculture, environmental monitoring, coastline management — really anything and everything that has a geographic aspect where a (UAV) can be used."

The raspet lab says Dixon "has historically been an aerospace engineering research facility where composite aircraft were first designed and built." More recently, "we now focus on unmanned innovation, which includes operating several larger uas with a variety of payloads."

Technology fascinates Brunetti, who has helmed the Mississippi Aerial Applicators Association (MAAA) for the past two years. "When I started flying crop-dusters 35-plus years ago, new technology collaborated with the old. We operated newly advanced airframes with military surplus Radial engines of the 1940s. For me that collaboration still exists, only I'm that 1940s type engine in 2017 technology!

"Now things are so advanced, it's difficult to keep up. I'm constantly amazed. Drones are used daily now throughout agriculture and soon will become a viable tool on every farm and ranch across the nation."

What does Dixon think about UAS tech leading to expanding job opportunities in the Delta? "There is definitely an opportunity for small businesses or entrepreneurs. Just like you have seed reps, you could have drone software reps or processors who are willing to collect data and give you feedback."

Of course, there is always the consideration of cost versus benefit, says Dixon. "Will it be worth a grower's time and investment to hire someone in? Would it be better to do it himself? That's all to be determined.

"But there's definitely an opportunity for those willing to pick this up, learn it inside and out, run with it and offer services and consulting information to the growers."

What's Dixon and colleagues' equivalent of a moon shot?

"There are a lot of benefits to agriculture — the surface has just been scratched," says Dixon. "What it could become in grandest form is drones will be used in precision agriculture for farmers to minimize costs and maximize yields. They could also minimize the environmental footprint. Ultimately, drones could come into the workflow where they're incorporated into scouting, data collection at various growing stages."

With that background, six weeks ago, Brunetti helped with tests on a new phone app, Lattice. The app relies on the fact all drones emit a frequency and works in conjunction with cell towers. As companies race to meet aircraft needs before the 2022 FAA edict kicks in, it turns out Lattice is only one of several similar systems in development.

"The purpose of these systems is a concept called 'detect and avoid,'" says Dixon. "That refers to an aircraft's ability detect things in the airspace and actively avoid them."

The FAA requires commercial UAV operators have a visual line of sight. "The pilot must be able to visually detect and avoid any obstacles in the air."

Lattice and the systems being developed "are similar to transponders on manned aircraft," says Dixon. "It's a technology that'll assist in detecting and avoiding UAVs in the air. That'll make things safer, and we'll hopefully move to a point where we can move beyond visual line of sight. There are plenty of growers who can't see from one side of their acreage to the other. The ability to use a UAV to go beyond current restrictions would open a lot of doors for growers and service providers.

"Safety is always paramount, though. It's our goal to be good neighbors in the air."

Collaboration is key to success, says Brunetti. "MSU's focus with the MAAA was, and is, to share information concerning drones and agriculture aircraft to coexist safely in the same agricultural environment. Meetings continue to take place regarding Raspet and our MAAA board to assure that both industries stay proactive in their attempts to work together successfully."