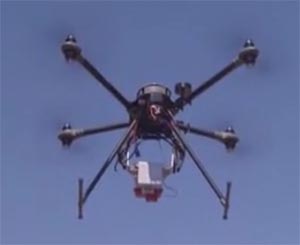 The Association for Unmanned Vehicle Systems International's The Economic Impact of Unmanned Aircraft Systems Integration in the United States report shows the economic benefit of UAS integration. AUVSI's findings show that in the first three years of integration more than 70,000 jobs will be created in the United States with an economic impact of more than $13.6 billion. This benefit will grow through 2025 when we foresee more than 100,000 jobs created and economic impact of $82 billion.

Whether they are called drones or UAS, MPB's Mississippi Roads television show tells the story of how Mississippi State UAS experts are acting as innovators and working with a diverse population of early adopters who are using the technology with hopes of attracting more jobs and industry to the state.